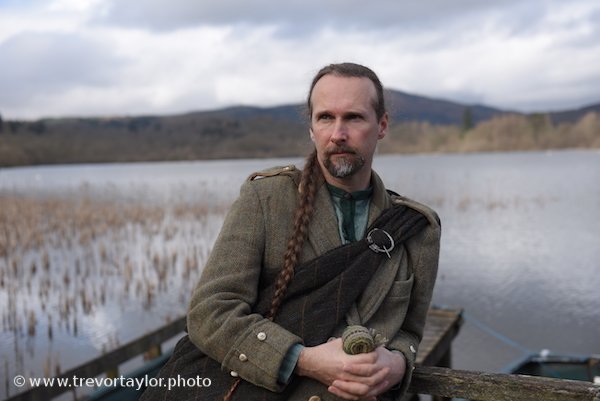 I am a keeper of a few traditions of the Scottish Highlands, mostly in the arts. The bulk of my storytelling happens at:

Unusually, I don't attend many dedicated storytelling events or festivals. My work is more 'applied' storytelling as part of some other activity, such as community oral-history gathering, traditional wedding Tales at the wedding cèilidh and so on.

About me - Seanachaidh - Biographical Information

A storyteller for about 20 years now, my early life was growing up on the banks of Loch Lomond in a Glaswegian family of Scots and Irish descent. My mother's side gave me music and a love of Scotland.

While at university, I delved further into my culture's music, through folk guitar, Bodhràn and the Border Ballads - long story-like pieces dating from the 14-1700s. But in hindsight, I'd say I drifted away from the 'bloodline', as youth often do, into modern and academic music, and into the music industry. After a number of years, having decided to tour Scotland as a cure for the music industry, I gave up home and many possessions, taking to the road on a 1960s Royal Enfield bicycle. There, I gained an intimate view of Scotland's West Coast, like reuniting with a lost love, remembering the stories told to me of the places by my mother. 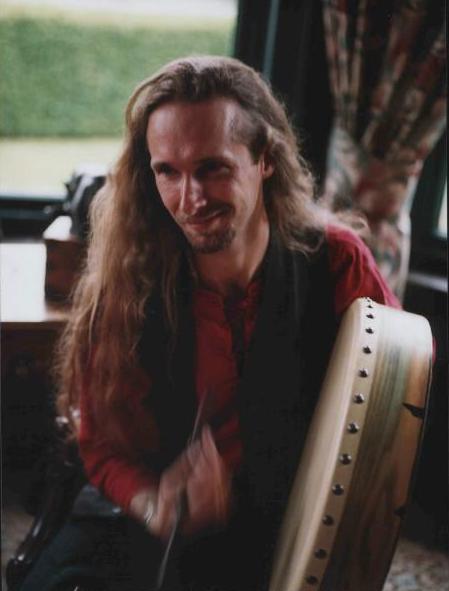 I remained a traveller for 5 years, covering most of Britain, Europe and California. One day I'll write a book about the adventures I had, if only to read it in my old age and laugh.

During my time as a traveller my love for folk song and ballads returned. Around campfires and at gatherings I'd tell the story as introduction then sing the ballad that might reach to thirty verses in some cases. After a while, the introduction got to be longer than the ballad, so I realised I was a storyteller. I still sometimes sing songs as part of the cèilidh.

I learned Gàidhlig, to enchance my understanding of both Scotland's land and the Tales, ach chan'eil mi fileanta fhathast.